The first season in which cards for team officials are shown by the referees is almost over in the most countries of the world. It is time to take stock, but it is not so easy to obtain data on the Internet and from the associations.

END_OF_DOCUMENT_TOKEN_TO_BE_REPLACED 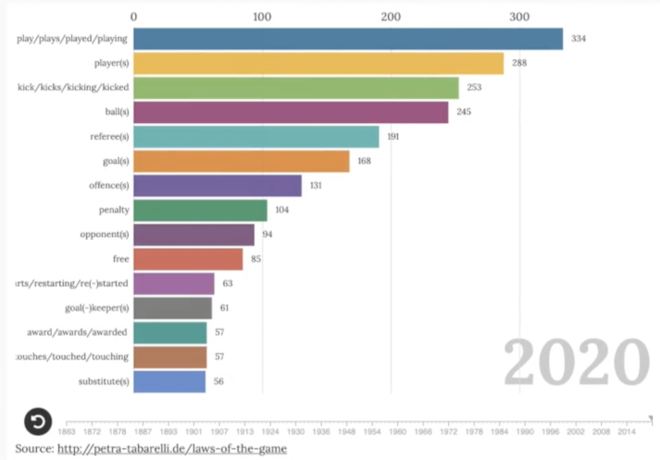 The Laws of the Game are the name of the football rules. The rules of the association football. Since 1858 the rules of Sheffield FC exist, since 1863 the FA Rules. In the beginning the laws contained only a few sentences, in the meantime there are several pages with several illustrations for clarification.

END_OF_DOCUMENT_TOKEN_TO_BE_REPLACED

The birth of modern football in England

Modern football was born in the second half the 19th century. The first seed was scattered in 1850 with an extension of the Factory Acts, the Compromise Act. Among other things it introduced the end of work at 2 pm on Saturdays. This gave factory workers free time for the first time.

Football was a sport that cost relatively little money and some factory owners supported the sporting activities of their workers, provided equipment and sometimes paid for trips to away games. A win-win situation, because this way the owners were sure that their workers did not spend their free time lazing around with excessive alcohol consumption and the soccer-loving workers had an alternative – also for miners and their physically and mentally exhausting work underground. There were also many works clubs at the time, some of which still exist today, such as the Dial Square munitions factory (Arsenal FC), the Thames Iron Works (West Ham) or the Newton Heath LYR Company (Manchester United).